Recently, I read a blog post about another shelter dog running group and the socialization benefits the dogs receive.

Miles and Mutts is almost one year old and I believe everyone who has run with a dog can agree the dogs benefit from their outings in terms of socialization with people, around other dogs and encounters with real world sights and sounds.

Last year, when the hounds first started to run with the group, every new encounter at the running trail would be cause for alarm.  Bikes were terrifying objects, other runners appeared as threats and every sound in the woods would cause a bolt in the opposite direction.  By the second time out for a run, all of these sights and sounds that are part of the real world were no longer cause for concern. 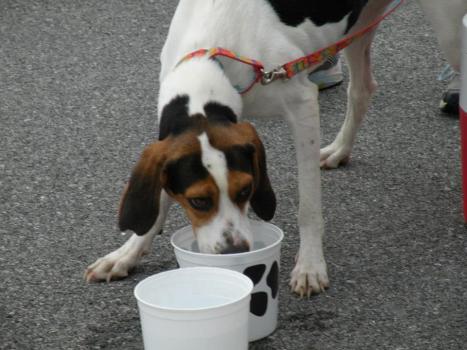 Zeus is a running pro with perfect behavior on leash, around others and around dogs.  The shelter was shocked when we reported this back on one of his very first trips out for a run last year.

Cinnamon can be protective of her kennel in a shelter environment but shows her soft side when out for a run with the group.

And, Mama.  Sweet Mama.  She’s one of those dogs that will pull at your heartstrings once you take the time to get to know her.  Overlooked time and time again, this girl deserves a chance.  She is the one of the dogs with the biggest transformation from her first outing away from the shelter to her now routine weekly outing.  While she used to stop dead in her tracks at virtually anything out of the ordinary, she is becoming more and more comfortable out and about. 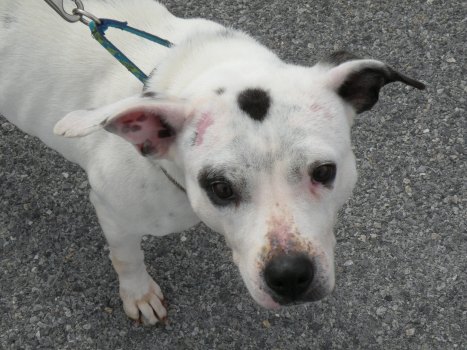 Although, she will tell you she doesn’t like the cold and would like to promptly return to the heated vehicle with a nice soft blanket to curl up in after her round of exercise.  Can’t blame her there!  We are all more than ready for spring temperatures to be here!

We can all agree, getting the dogs out for a run benefits mind and body for humans and canines alike.